I love diorama-ing but it is quite time consuming and a tad bit expensive. But why break the bank when you could make a stunning diorama on a budget? These probably won't make their way to my etsy shop as I have no idea how to ship something this delicate. But not going into etsy doesn't stop me from trying to make cool crafty stuff so here we go!

Step #1
Put down the base coat. Pick a nice neutral brown. Mix up the browns and build. This is especially important if you plan on doing a water feature. 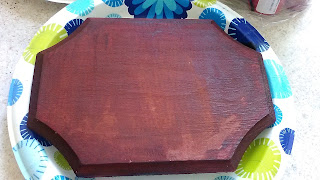 Step #2
Glue down all of the big stuff first. Branches, trees, rocks, shrubs, etc. I like using E6000 glue but epoxy works as well. Super glue will also work if it is the gel or you can use hot glue. If you put down the dirt and terrain sprinkle stuff as ground cover first, nothing will stick. (Learned that from experience) 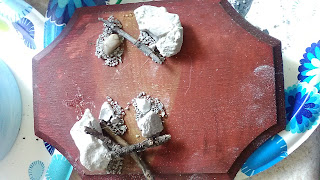 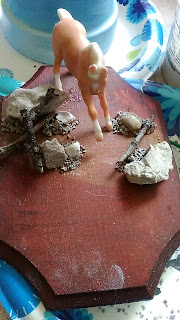 Step #3
Using elmers or tacky glue paint it across the parts of the diorama that need dirt or terrain. I like using cheap paintbrushes for this. Sprinkle the dirt or terrain stuff on the glue and press down lightly. Don't just put it down in patches, try to mix textures and colors to make it look natural. 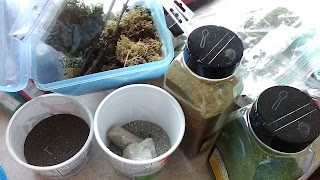 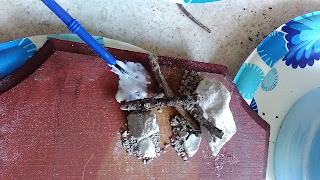 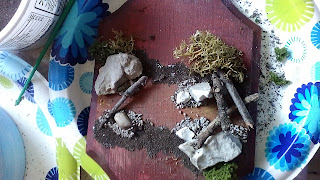 Step #4
The water feature.... Yes you can buy fake water stuff for about $20 OR you can get some clear silicon caulk from the hardware store for like $3. Put down a thin layer of caulk by squeezing it onto the diorama where you want your water feature. Then using a popsicle stick spread it out to make it nice and thin. You can work in ripples and stuff to make it natural. 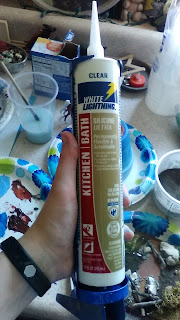 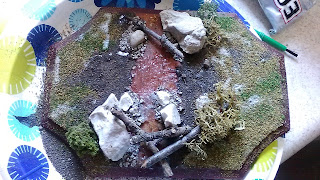 Walah! One nice quick and easy diorama that won't be breaking the bank.
at December 12, 2018

Back to vacation mode/ All orders will go out on time